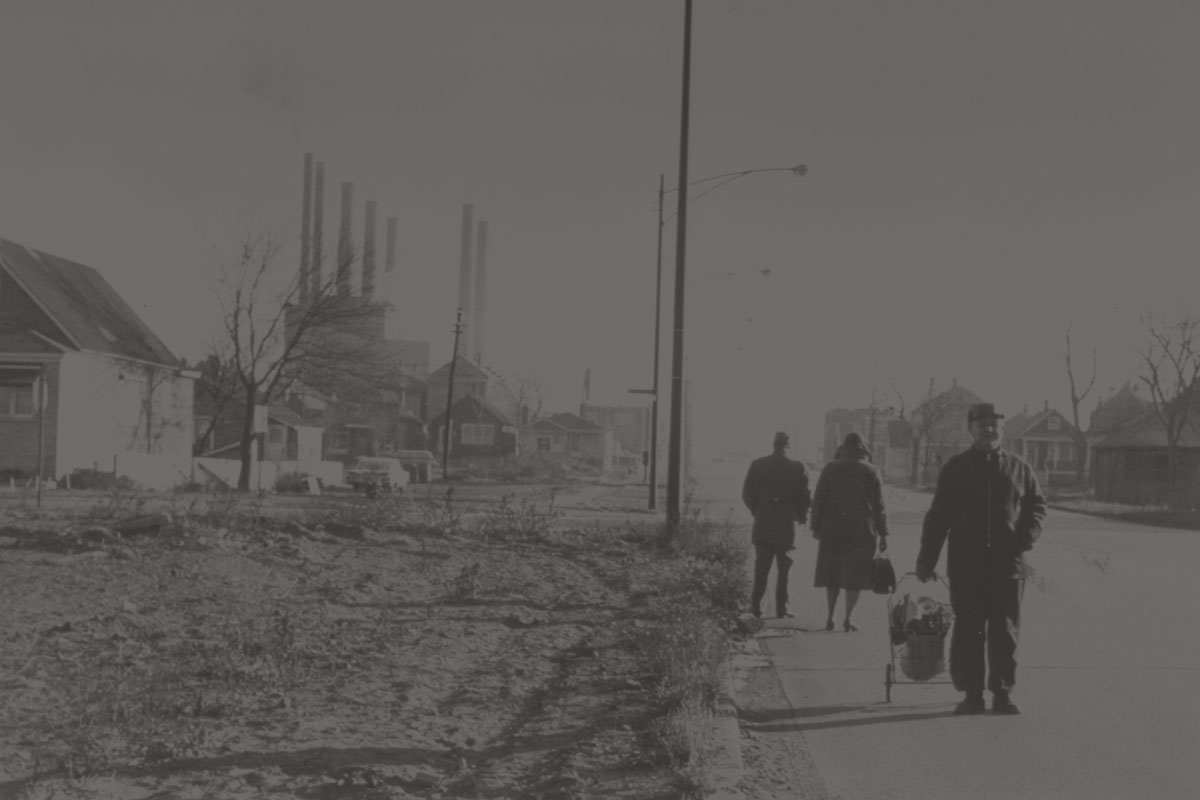 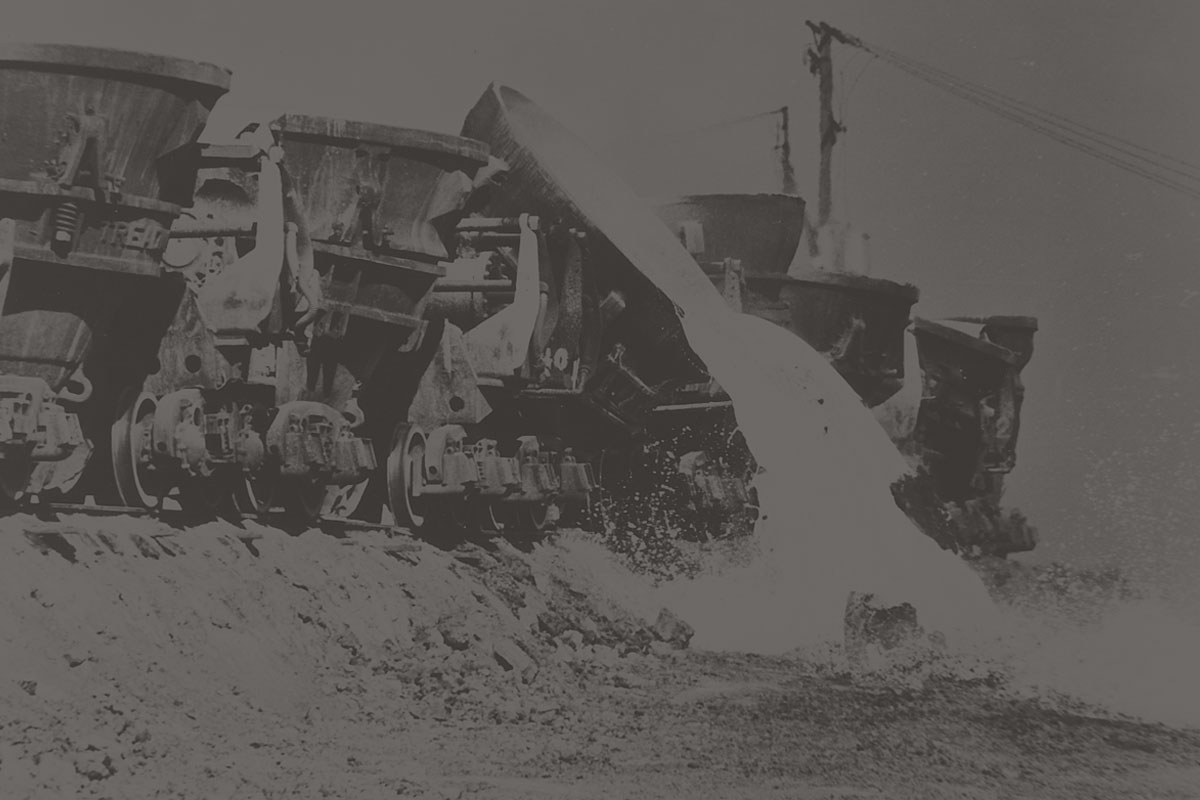 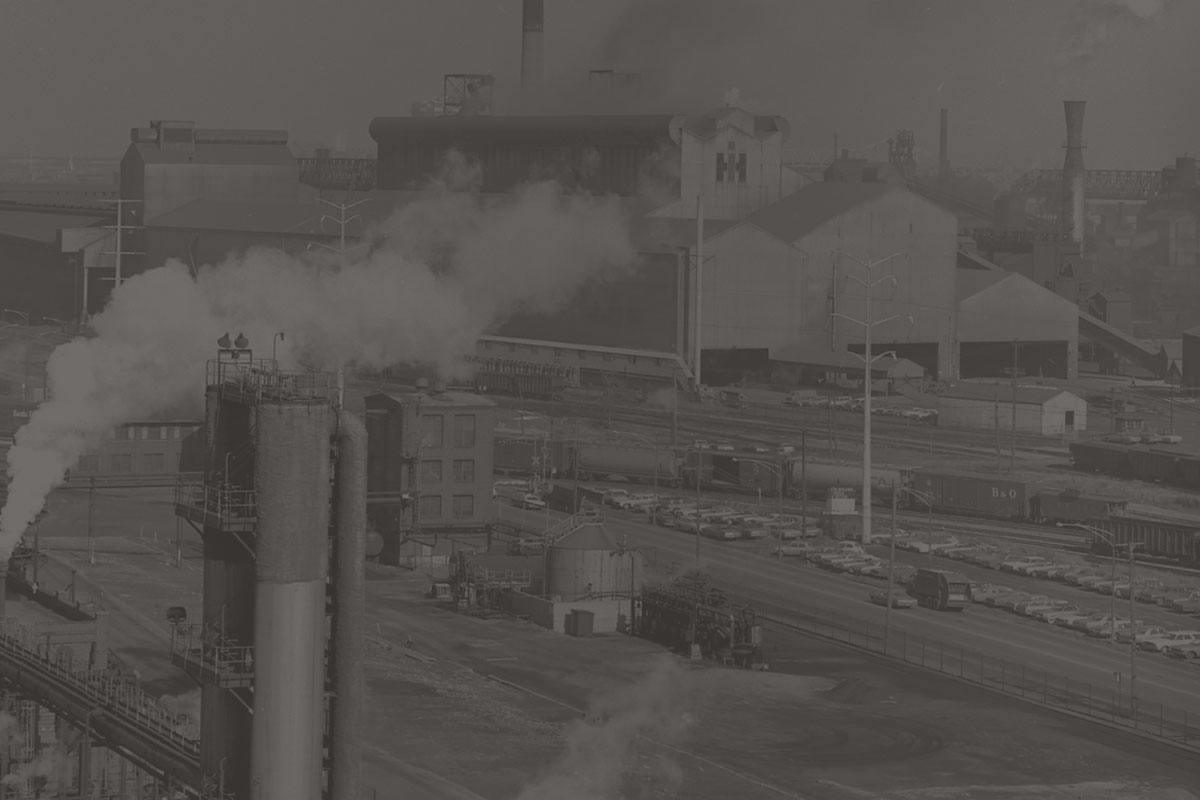 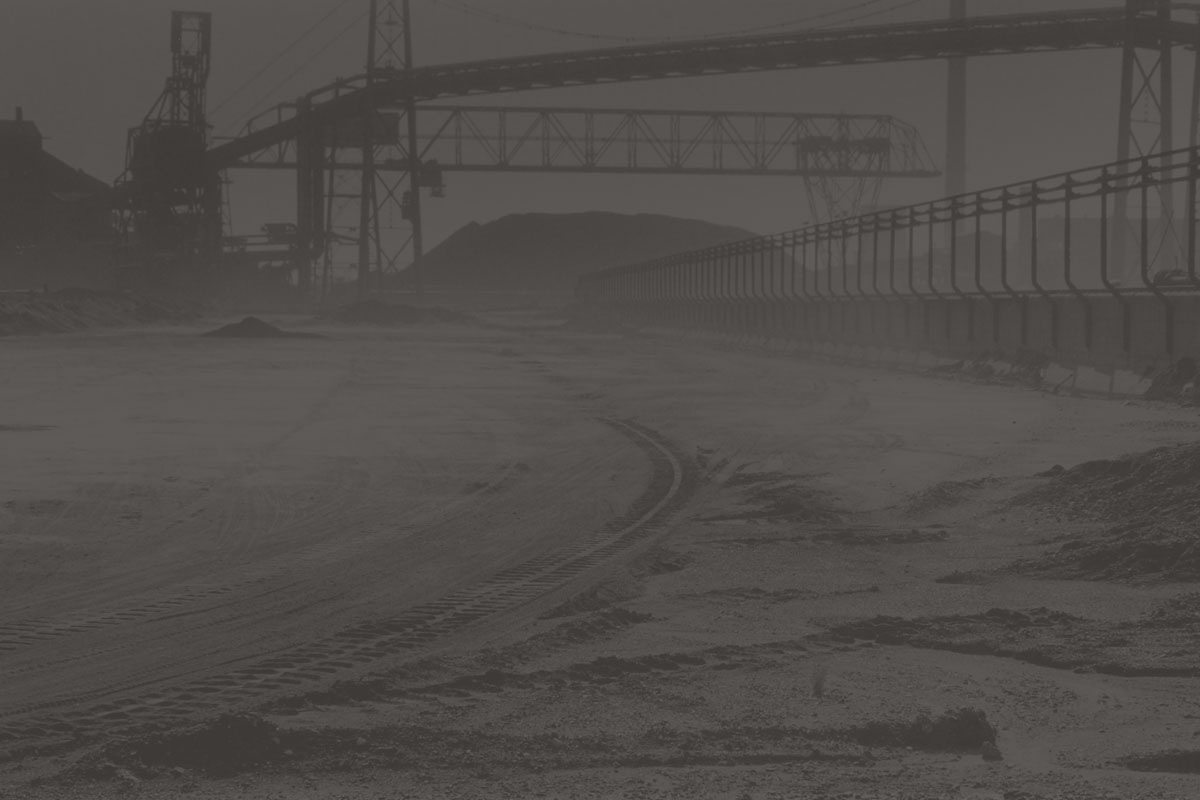 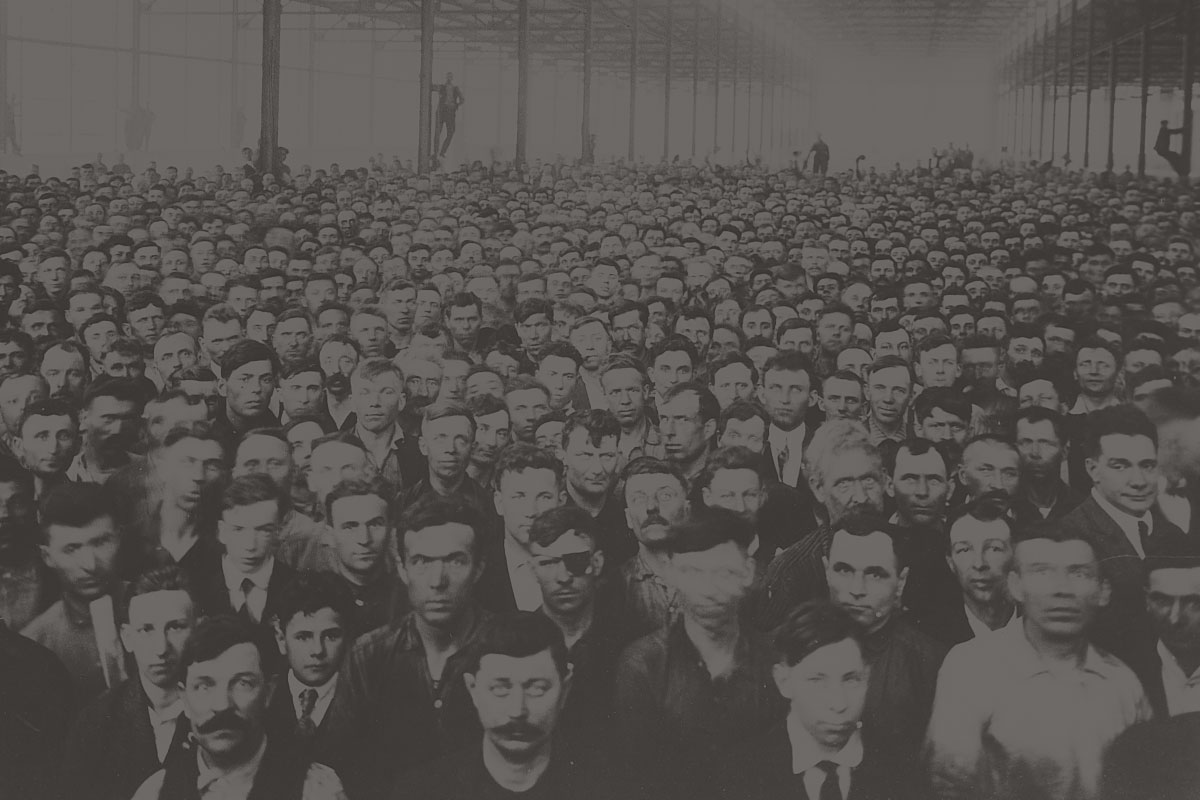 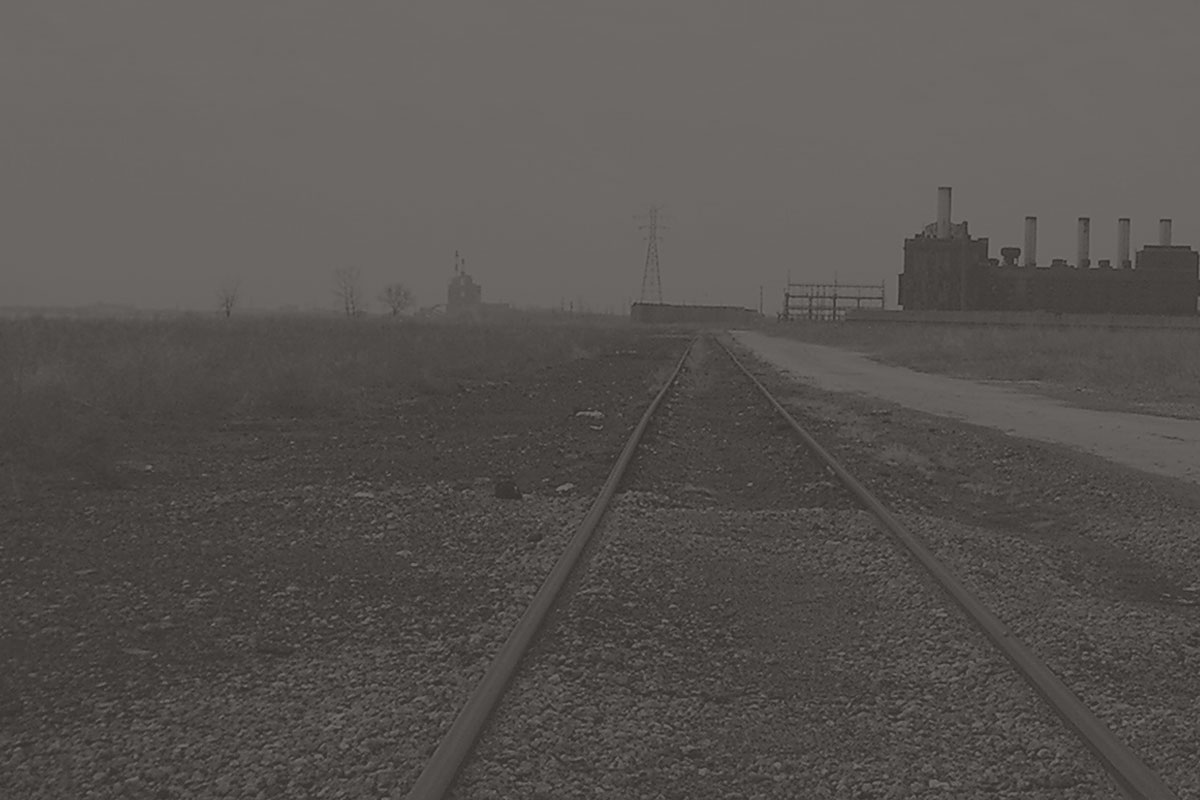 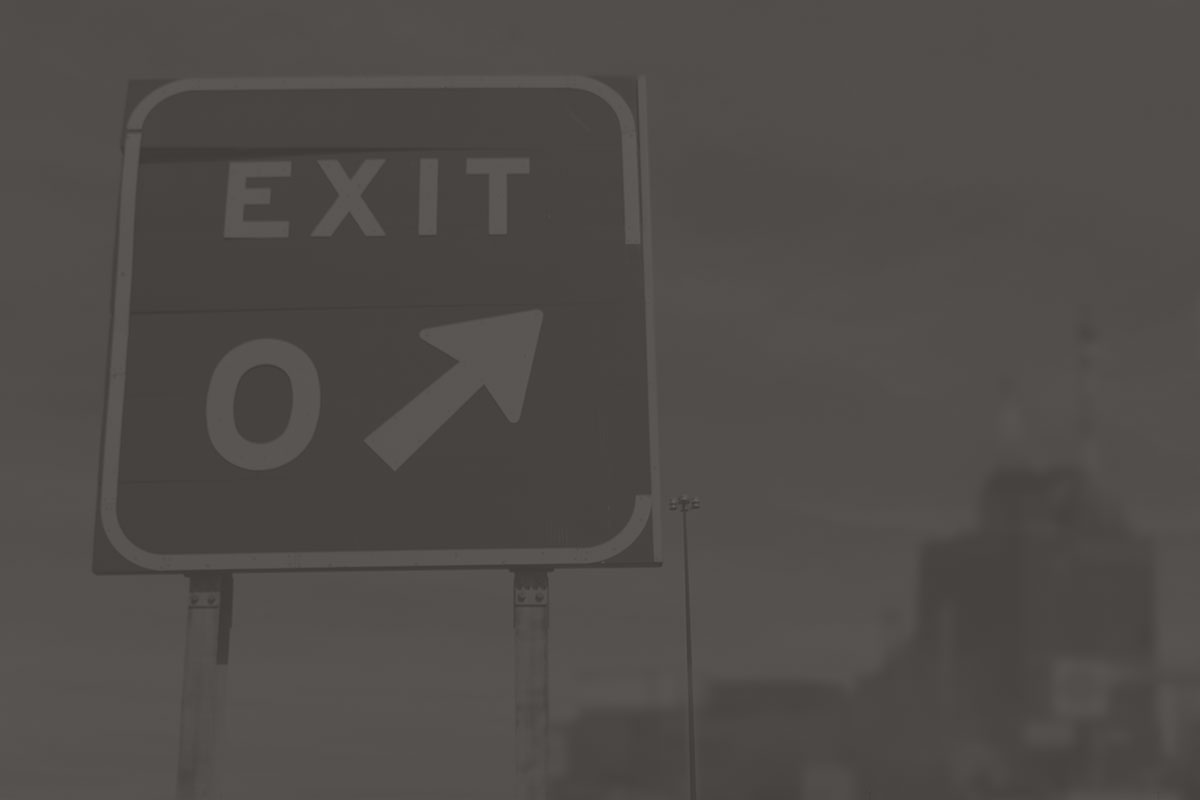 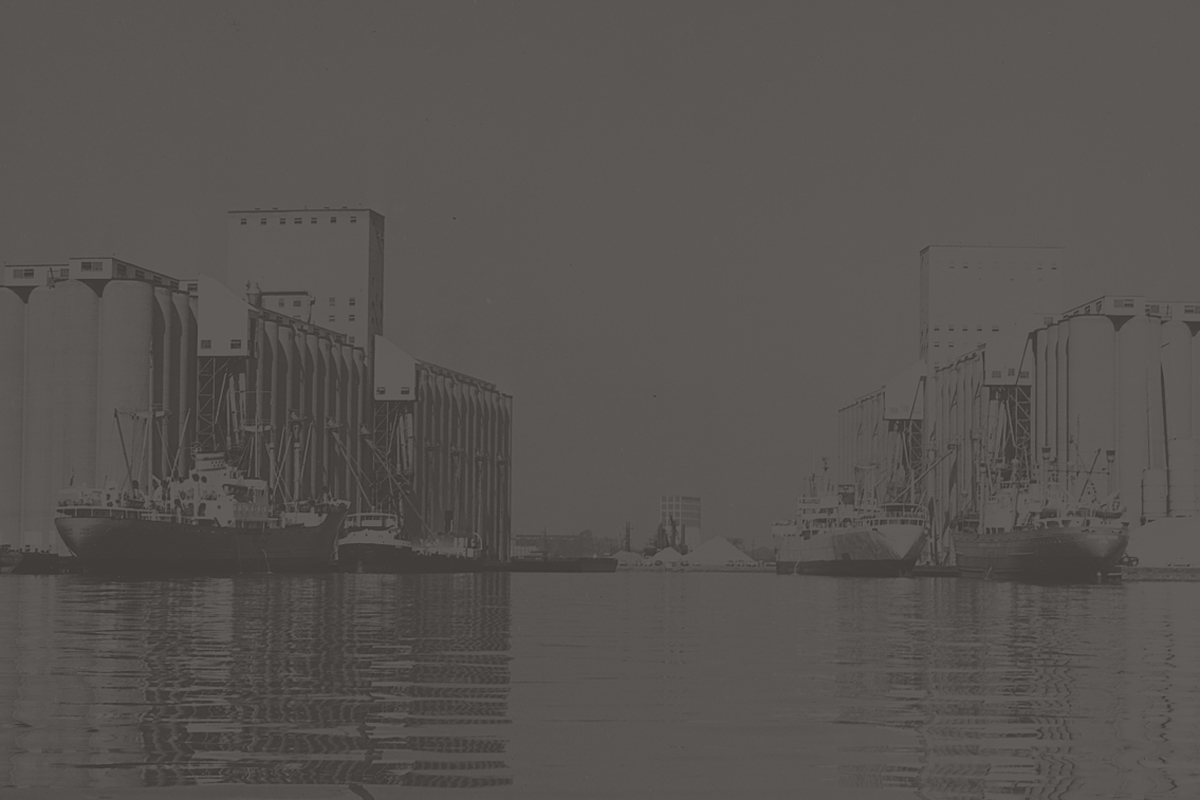 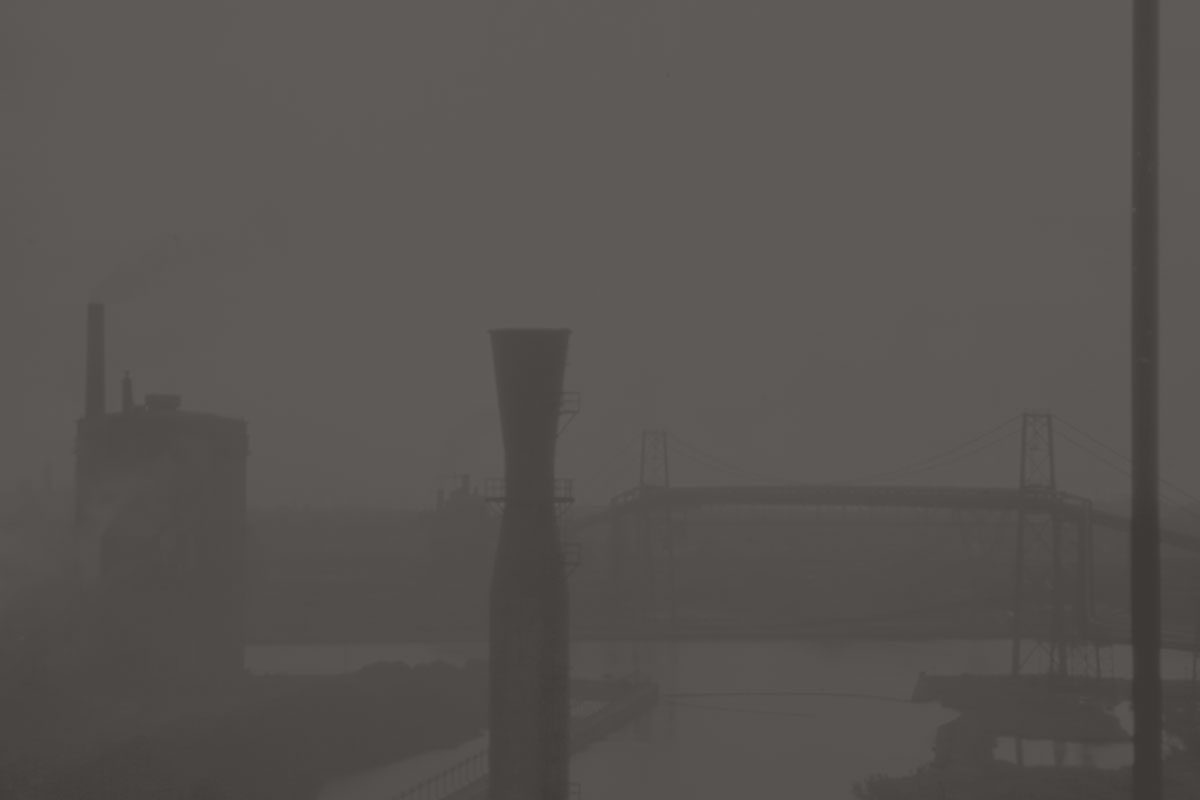 Southeast Chicago used to be one of the largest steel-producing regions in the world. Beginning in the late 19th century, the steel mills along Lake Michigan employed hundreds of thousands of people: immigrants from every region of the world; workers of all ethnicities; people searching for a better life.

But that all began to change in the 1980’s. One by one, the mills closed, leaving a region devastated by a crumbling economy and a toxic environment left behind by heavy industry. A forgotten region. Even the exit ramp here is numbered Zero.

The Exit Zero Project seeks to recapture the stories of a region traumatized by de-industrialization, and to look towards a future of economic opportunity and environmental justice for Southeast Chicago residents.

In 1980, Christine Walley’s world was turned upside down when the steel mill in Southeast Chicago where her father worked abruptly closed. In the ensuing years, thousands of other area residents would also lose their jobs in the mills—just one example of the vast scale of deindustrialization occurring across the United States. The disruption of this event propelled Walley into a career as a cultural anthropologist.

In Exit Zero, she brings her anthropological perspective home, examining the fate of her family and that of blue-collar America at large.

The book is the recipient of the 2014 CLR James Prize for Best Book from the Working Class Studies Association as well as 2nd Place Winner of the Victor Turner Prize for Ethnographic Writing from the Society for Humanistic Anthropology.

“How shall we understand the closest details of kinship and household within the political, economic, and environmental settings that condition them? Christine J. Walley offers arresting answers to these enduring anthropological questions. Telling the story of how the demise and collapse of the Southeast Chicago steel industry in the 1980s transformed her family’s sense of past and future, she shows us that analyzing class, gender, and race always demands that we weave between the personal and the political, that we think across the intimate, the institutional, and even the international. Exit Zero is auto-ethnography, political economy, immigration history, and urban anthropology at its best.”

“Exit Zero is a gem that will appeal to a variety of audiences. Christine Walley’s analysis of how community residents in Southeast Chicago—and particularly members of her family—experienced deindustrialization is sensitive and illuminating. In the last full chapter, on the environmental dimension of social class, she breaks new ground. Exit Zero is an intense account of a little-considered part of the American experience.”

“If you thought deindustrialization was something that decimated a few unlucky manufacturing towns back in the 1980s, think again. Christine Walley’s poignant analytic memoir of family life and class relations after the steel mills closed shows how America is still living out the legacy of those years, decades later. Anyone who wants to understand why the gap between rich and poor keeps widening, why upward mobility has shifted from a collective to an individual project, which misbegotten policies led to this predicament, and how “the materiality of class” affects us even at the cellular level, can learn from Walley’s wise and incisive critique.”

“Chris Walley's vivid, frank and insightful “autoethnography” of her journey from an unemployed steelworker’s daughter to a tenured professor at an elite university casts a stark light on American class politics and the travails of the American working class in the last century. In telling her family’s story Walley evokes the long hours and dangerous conditions of Chicago’s steel mills in their glory days, the heedless dumping of toxic waste that made Walley a cancer victim in her twenties, and the terrible toll the mills’ closing took on middle-aged men who would never work again.” 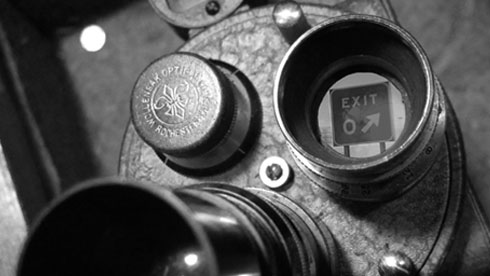 Exit Zero: An Industrial Family Story is a feature-length documentary film that tells a personal story of the lasting social and environmental impacts of “deindustrialization” and the key role it has played in expanding class inequalities in the United States.

Interweaving home movies, found footage, and a first person narrative, the film traces the stories of multiple generations of producer Christine Walley’s family in the once-thriving steel mill community of Southeast Chicago. From the turn-of-the-century experience of immigrants who worked in Chicago’s mammoth industries to the labor struggles of the 1930s to the seemingly unfathomable closure of the steel mills in the 1980s and 90s, these family stories convey a history that serves as a microcosm of the broader national experience of deindustrialization and its economic and environmental aftermath. The husband and wife filmmaking team (Chris Boebel, director/editor/co-writer and Christine Walley, producer/co-writer), use family stories to offer an unusually intimate look at the changing class landscape of the United States and the uncertain future faced by working people.

Exit Zero: An Industrial Family Story (2017) was broadcast on PBS-WTTW in 2018 and 2019 and played at various film festivals, and conferences including the Margaret Mead Film Festival and Chicago OnScreen as well as at over 30 universities and colleges. It is the recipient of a LEF Foundation Moving Image Fund Production Grant. It is also the winner of the Studs Terkel Prize for Media and Journalism from the Working Class Studies Association as well as the Keeper of the Calumet Award from the Calumet Heritage Partnership led by the Field Museum.

The Exit Zero Project has collaborated with the Southeast Chicago Historical Museum, media artist Jeff Soyk, and others to develop an interactive website, sechicagohistory.org. Rather than using a single family’s story to explore larger questions, the website draws on the Museum’s collections to tell the stories of a wide range of individuals and families who have lived in Southeast Chicago’s ethnically and racially diverse neighborhoods.

Sechicagohistory.org uses objects that Southeast Chicago residents have saved—and the stories they tell about and through those objects—to explore the transformation of what it means to be “working class” in the United States. The website is made up of both an online archive of Museum materials and interactive “storylines” about Mexican-American experiences of immigration, the Memorial Day Massacre of 1937, the closing of the steel mills, and postindustrial environmental activism.

In the United States there is often a deep reluctance to talk about experiences of class. This reluctance makes it difficult to grapple with the consequences of deindustrialization, to think clearly about its effects, and to imagine a relevant future for those affected. By capturing the stories of a region, The Exit Zero Project seeks to contribute to an expanded conversation about class in America and to new narratives by and for working people.

The Exit Zero Project LLC was founded by Christine Walley and Chris Boebel as a transmedia effort to tell the story of the traumatic effect of deindustrialization on Southeast Chicago—once part of one of the largest steel-producing regions in the world.

Exit Zero takes its name from the freeway exit number for Chicago’s former steel mill region. All three components of the project focus on the once thriving steel mill communities of Southeast Chicago and use family stories to consider the enduring impact of the loss of heavy industry and its role in widening class inequalities in the United States.

A pioneering research group at the Massachusetts Institute of Technology dedicated to bringing storytellers and technologists together to advance the new arts of documentary storytelling, including the fostering of online communities and interactive narratives.

A group of information designers, technologists, animators, and illustrators, working together to create engaging interactive experiences. They have been previously involved in creating interactive community portraits, most notably, www.healinghistories.org, an interactive portrait of post-Katrina New Orleans.

An all-volunteer institution located on Chicago’s Southeast Side, and deeply embedded within the community. The Museum’s collection has been assembled over decades by area residents, who have sought to preserve Southeast Chicago’s rich industrial history. The Museum’s collections tell the stories of individuals from multiple generations and many perspectives. Both the Exit Zero book and film have relied extensively on this rich collection of documents and visual materials.

Just as importantly, the Museum has served as an informal gathering place for community residents, including former steelworkers, family members, and students to trade stories, share memories, and attempt to make sense of their histories. The goal of the web project is to broaden these conversations beyond the walls of the Museum and the boundaries of the community, allowing community members who have moved on, as well as those who may have experienced similar traumas elsewhere, to participate.

Read an interview with Christine Walley and Chris Boebel on the Exit Zero film and website.

Photographs used in this site courtesy of the Southeast Chicago Historical Museum.

Please send questions and comments to: